P & R Air Conditioning Services was established in 1988 in Gladstone Road Dandenong, by the now retired Peter Whelan and moving to Vesper Drive, Narre Warren in 1996.

Peter started the company with residential and light commercial projects being the main focus for many years, mainly serving the south eastern suburbs with a small dedicated team.

As P & R established a reputable name in the industry a natural progression to larger projects and a bigger team, and in 2002 was relocated to a larger premises in Narre Warren, where it remains today.

In 2007 Ashley Burke joined the team as a Director. Ashley had been previously working with one of Victoria’s larger mechanical services contractors. With renewed direction, small to large commercial projects are now the primary focus of the company, maintaining all of the “down to earth” values and reputation built over many years. 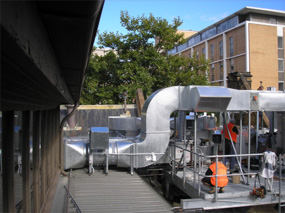